Working in teams – part 2: Cell structure is the future We are developing into a Quick Response Society where everyone and everything is interconnected, 24 hours a day, 7 days a week. This development introduces new challenges, problems we were not familiar with in the rectilinear systems we grew up with. Modern organizations need to be more flexible and changeable than ever. This demands a new way of structuring companies. This requires agile, circular, dynamic ways of organizing people and processes. Neural organizing, cell-based organizing, whatever you want to call it: something needs to change. QRM brings that change because working in cells, in a cell structure, is one of the four pillars of the QRM-strategy.

QRM needs structures that enables us to make people and processes more interconnected. It needs organizations that are not internally but externally focused. Not on the internal bureaucracy, but on the customer. What we can best organize in cells.

An organizational cell is a small, de-centralized team that consists of people from different business units, who feel connected to each other because they share the responsibility of catering to the needs of each and every customer as well as possible. Such a cell doesn’t start to act and produce because a boss or director or manager shouts a command or e-mails an instruction, but because the outside world, the environment, a customer wants something. The customer’s question is key, not management’s commands.

An organizational cell is an autonomously functioning team, a collection of individuals who all possess a certain unique set of skills, talent, and experiences. A cell exists in an open source environment with total access to all relevant sources, such that ‘intelligence’ can be communicated freely across the whole organization. In cell-based organizations, all the cells are connected through so-called ‘catalysts’: non-hierarchy-oriented managers, whose sole goal is to aid cells to perform as well as they can. Catalysts do not tell cells what they should do; rather, they facilitate cells to attain their goal, namely: responding to customers.

An organizational cell structure is a new way of organizing for companies who want to structure themselves more flexibly. Cell-based organizing is a new, innovative manner of running your business. It’s new, it sounds scary, but it’s a strong and effective response to recent changes in the outside world, where, over the past few decades, customer demands have become more diverse, more dynamic, more volatile. The world is changing fast and markets are changing with it.
Cell-based organizing is an effective way to respond to these societal developments.

It is not easy to change a linearly structured organization into a circularly structured, cell-based one. People are used to working within hierarchies. Having a boss who tells you what to do gives a certain sense of security. To effectively introduce cell-based QRM-organizations we need to topple the hierarchy, we need to demolish the bureaucracy, and we need to shorten lines of communication to improve the speed at which companies can respond to customers’ demands. How do you make such a mega change? Step-by-step. The move to cell-based organizing is something that companies need to discover, try, and experiment with one case at a time. It starts with an exercise: stop everything and just put the customer’s problem in the middle of the room. ‘Look, this is what people are demanding, this is what they want, this is what they expect.

Any thoughts on how we can deliver this?’ Soon, experts from all types of units will come up with interesting, clever, innovative, inexpensive ways to answer the customer’s question. At least, that is my experience. Try, fail, try harder, fail better: by practicing cell-based organizing, people generally recognize that it’s a very natural way of solving problems. It’s like doing a jigsaw puzzle where everyone has an essential, important piece: the puzzle can only be completed when everyone chips in.

After this first phase of trial and error, the next step is to form autonomous cells that can solve other customers’ questions in a similar way. Each cell will have its own perspective, its own outlook on things. This way, a hybrid cell structure will slowly start to grow. This is how an old-fashioned, linearly structured organization can slowly change into a dynamic, lively company where the primary process is primary again and where everybody is concerned about only one thing: helping customers in the best possible way.

When the units in a hybrid cell structure are changed into autonomous cells that can deal with specific sets of customers’ questions, the time has come for the (traditional) management team to also start functioning as a cell. At this point, managers will need to stop playing their “manager” role (the boss of a department) and start serving as ‘catalysts’— facilitators of the processes that are happening within or between the primary cells.

Catalysts have the job of identifying and implementing whatever is needed to strengthen the performance of the primary cells, but they are also responsible for making sure that enough ‘bonding’ occurs between individuals in a cell and ‘bridging’ between the cells. In that sense, catalysts are both facilitators and connectors. 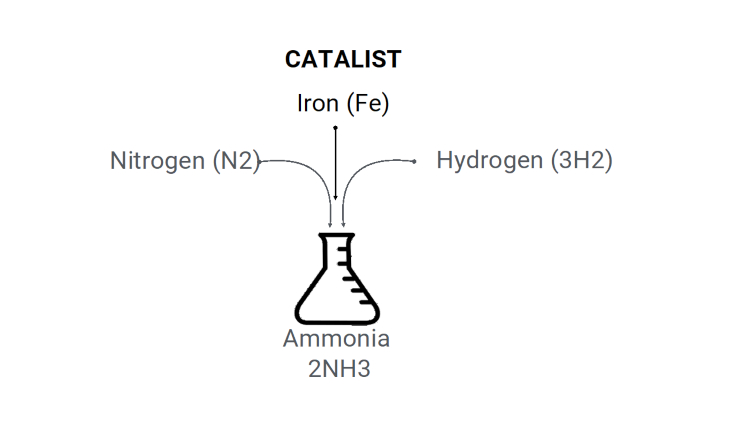 Who has the guts to change his/her/their organization from an old-fashioned, hierarchically structured rake organization to an innovative, flexible, dynamic organization of autonomous cells?

Who will dare to give away his/her/their power and be courageous and adventurous enough to hand over control to the people who are probably adding most value to the company’s operations: the manual and brain workers in the primary process, the men and women on the work floor, the human nuts and bolts of the organization’s machine?

It sounds risky and silly (‘Me? Giving away all control, all my power? It’s my company! I am the boss!’), but my belief is that it’s much more risky to keep doing things the way we have been doing them for the last few decades. The times are changing, the times have changed; if you don’t adapt to the new world, you will become extinct.

If you do decide to make the change, it is important to remember that you first need to slow down before you can go faster. For the musicians who are reading this article: You first need to slowly practice a new melody, a new bass line, a new theme, before you can memorize it, speed it up, and in the end play it automatically. Even for the most seasoned musicians. It takes a few hours of practice to learn to play a new tune fluently. First slowly, then fast.

Changing from a traditional hierarchical organization to a cell-based organization is best achieved via experience-based learning. Step-by-step, trial-and-error, learning along the way. No giant leaps, just small steps. Case studies, pilot projects, one small change at a time. The results will be amazing.

When you first start to build a cell-based organization, you need a pioneering group of manual workers, brain workers, and managers to start small, with a project based on the following five cornerstones:

• Create a better (working) world. Help each other’s motivation to work smarter, work together, in a fun organization.
• Skepticism is not a sign of distrust; it means that trust still has room to grow.
• Live the notion that a new way of working is good for everybody and that we need to collectively learn to embrace it.

• You don’t persuade people by telling how to do something, but by having them experience it for themselves.
• Help people to trust each other and to depend on each other endlessly.
• Develop team ownership of problems by getting used to not being under the spotlight. It’s not about you, it is about the team, whatever your role in this team might be.

• Put the needs of the customers first, because everybody can recognize them.
• Connect people around the customer’s questions (bonding and bridging).
• Invite the customer to become a part of your organization’s innovative power.

• Look for the ”winners” in your organization: people who do the right thing spontaneously and naturally.
• Give ‘winners’ prominence and responsibility, because they are likely to be especially persistent in their attempts to succeed.
• Focus on winning rather than on the winners. Then others can be part of their success.

These five cornerstones are largely inspired by The Starfish and the Spider: The Unstoppable Power of Leaderless, Organizations (Brafman and Beckstrom 2006)

From his book ‘Stop Down Management’, 2017 (available here!)