The paradox of planning: why planning tools are least effective when you need them the most 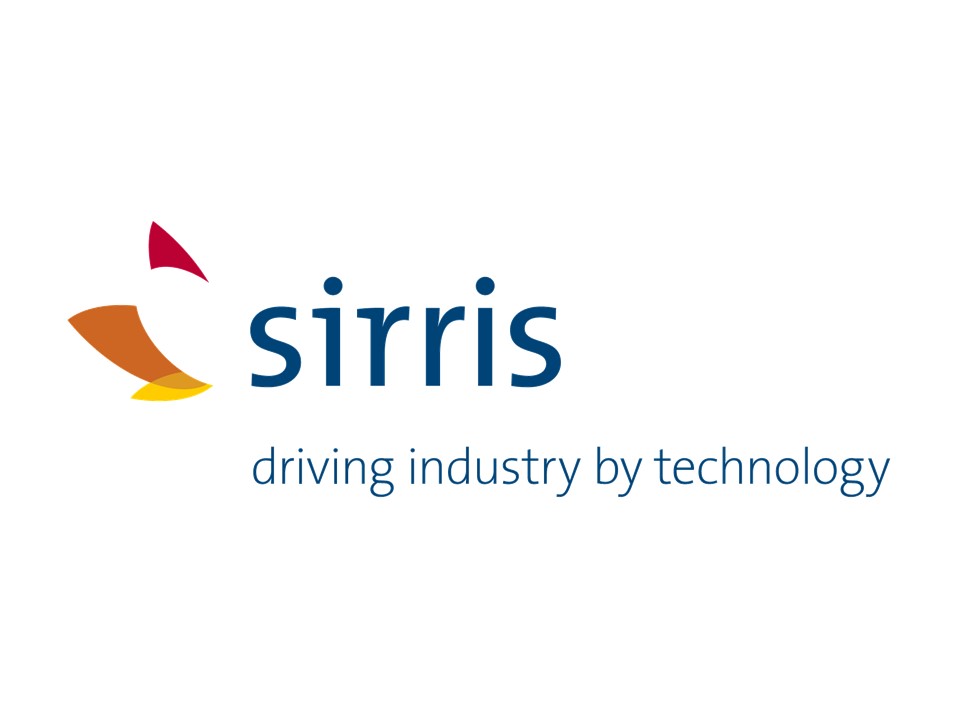 In order to understand this, some insight in to system dynamics (the science of the behavior of production systems) is necessary. Planning tools are typically used to predict when an order will be ready, in other words: planning is ultimately about predicting the lead times in a production system, but what determines the lead time?

The relationship between the occupancy rate and lead time is shown in figure 1 below: 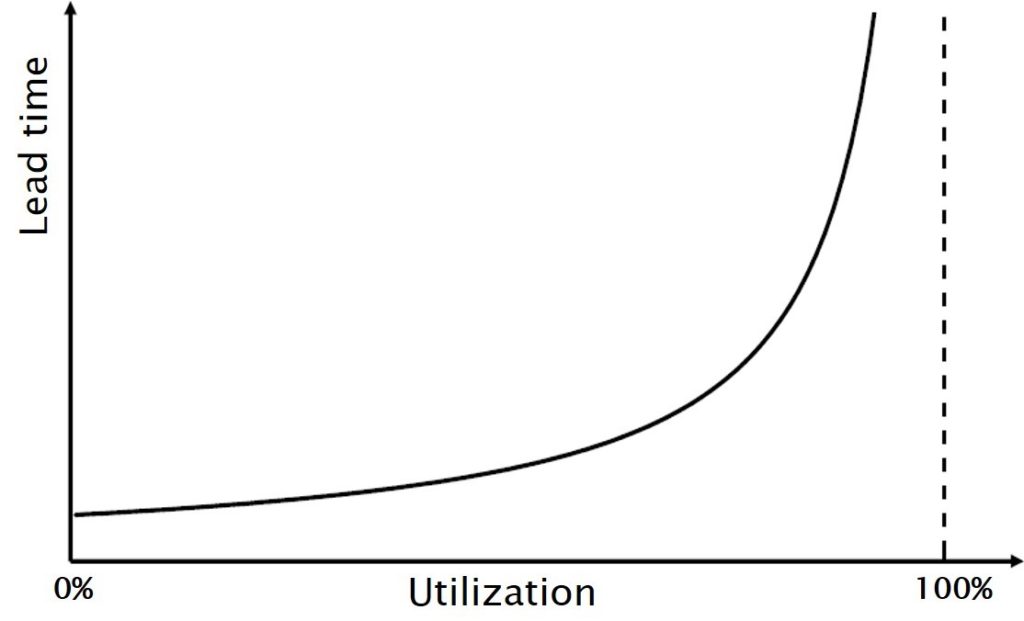 A second effect that complicates planning is the effect of variability. Two types of variability have an influence on the planning. On one hand there is the process variability. These are the unpredictable variations in the duration of a production run as a result of breakdowns, extra rework, absences, etc. On the other hand, there is the variability in the arrivals of the orders at a workstation. These are the unpredictable variations as a result of upstream problems such as late deliveries, material problems, amendments, etc. Due to these two forms of variability, an interval of uncertainty arises on the predicted lead time, which also becomes stronger as the occupancy rate is higher (see figure 2 below). This interval of uncertainty on the lead time prevents accurate predictions from being made. 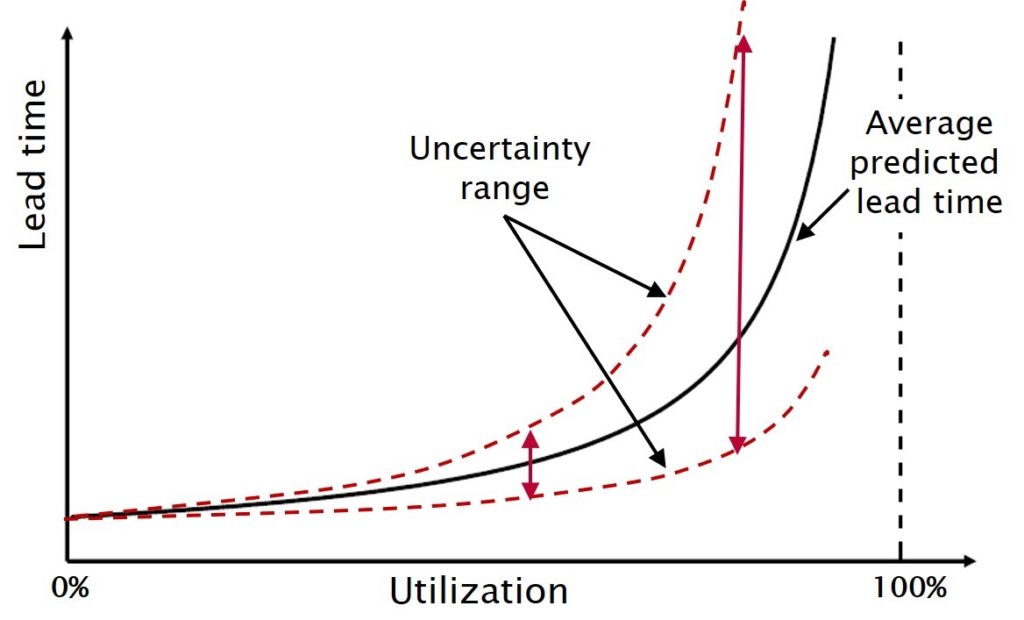 These observations now lead to an interesting paradox. Companies that have long and highly variable lead times feel the most need for a ‘good’ planning system. These long and highly variable lead times are typically caused by a high occupancy rate. However, the lead times in systems with a high capacity utilization are hardly predictable due to the effects mentioned above, making planning ever so difficult. This leads to the planning paradox: when the need for a planning system is highest, planning tools will perform the least.

The weather system offers an interesting analogy. People who live in a stable climate (e.g. a dry climate) generally feel little need to follow the weather forecasts. The weather is pretty much the same on a daily basis. People who live in an unsteady climate have the greatest need for weather forecasts. However, it’s the unstable climates that are difficult to predict due to their chaotic nature. Short-term predictions are often successful, but predictions that are slightly further in time are often very unreliable.

A way out of this planning paradox is improving the production system itself by reducing the lead times. Short lead times require less planning and are generally also more predictable. By working on reducing and stabilizing the lead times first, the ideal conditions will be created in which a planning tool can work well.